We are now into the holy month of Rajab and in this month on the 27th the second biggest miracle associated with Nabi ﷺ took place. The fist being the Qur’an, which is regarded as the biggest Miracle.

Today I will InshAllah talk about Isra and next week about Miraj.

Praise be to Allah, the Lord of t he Worlds, the One Who exists without a place. To Him belong the endowments and proper commendations. May Allah raise the rank of Prophet Muhammad and his kind Aal and Companions and protect his nation from what he fears for them. May the Lord of Heavens and Earth grant us the sincere intentions and guide us to the acceptable deeds.

Thereafter, Allah sent the prophets as a mercy to the slaves and supported them with miracles to indicate the truthfulness of their message. Of all the prophets, our Prophet, Muhammad ﷺ , was blessed with the most miracles. Al-Isra’ and al-Mi^raj are among the many miracles of Prophet Muhammad ﷺ .

The miracle of al-Isra’ is confirmed in the Qur’an. In Surat al-Isra’, Ayah 1, Allah said:

Which means: [Praise be to Allah Who enabled His slave, Muhammad, to make the journey at night from Masjid al-Haram in Makkah to Masjid al-Aqsa in Jerusalem, which is surrounded a blessed land.] This journey is also confirmed in the sahih hadith. As such, there is scholarly consensus (ijma^) Prophet Muhammad ﷺ journeyed in body and soul the night of al-Isra’ from Masjid al-Haram in Makkah to Masjid al-Aqsain Jerusalem. Moreover, these scholars indicated the person who denies al-Isra’ is a blasphemer for belying the explicit text of the Qur’an.

Before the Prophet took this night journey, the ceiling of the house in which he was staying was opened, and Jibril descended. He cut open the chest of Prophet Muhammad ﷺ and washed that open area with Zamzam water. Then he emptied something from a container into the chest of the Prophet to increase his wisdom as well as the strength of his belief. This was done to prepare the Messenger of Allah for that which he had yet to see in the upper world from among the wonders of the creation ofAllah.

After the Prophet ﷺ performed the Evening Prayer (^Isha’), Jibril came to him with a white animal, slightly larger than a donkey yet smaller than a mule. This animal was theburaq,–one of the animals of Paradise. Jibril held the buraq by his ear and told the Prophet to mount it. When the buraq was mounted, the Prophet set forth.

The buraq continued with the Prophet and Jibril until they reached another place. Again Jibril told the Prophet to get down and pray. The Prophet dismounted there and prayed two rak^as. Jibril informed the Prophet of the name of that place; it was Tur Sina’. (This is where Allah ﷻ addressed Musa AS)

Once again the buraq took off with the Prophet and Jibril. Once again it stopped, and the Prophet dismounted and prayed two rak^as. This was in Bayt Lahm, where Prophet ^Isa (Jesus) was born.

The scholars have used the above hadith as evidence that it is permissible to pray in places of religious significance, as Nabi ﷺ prayed at the place of Isa AS birth.

Then the buraq continued with the Messenger of Allah until they entered the city of Jerusalem. There the Prophet ﷺ went to Masjid al-Aqsa. Outside was a ring used by the Messengers of Allah to tie their animals. The Prophet tied his buraq to this ring. Then the Prophet entered the masjid where Allah assembled for him all the Prophets–from Adam to ^Isa. Prophet Muhammad ﷺ moved forward and led them all in prayer. This is an indication the Prophet is higher in status than all the rest of the prophets and messengers.

1- On Prophet Muhammad ﷺ journey from Masjid al-Haram to Masjid al-Aqsa, Allah enabled him to see some of His wondrous creations. Allah enabled the Prophet to see the world (dunya) like an old woman. However, this old woman was wearing a great deal of jewelry, and in this there is an indication signifying the reality of the world.

2- Allah enabled the Prophet ﷺ to see Iblis. The Prophet ﷺ saw something on the side of the road which did not dare to stand in his way or speak to him. What the Prophet saw was Iblis. Originally, Iblis was a believer and lived with the angels in Paradise. When Allah ordered the angels to prostrate (sujud) to Prophet Adam, Iblis was ordered to prostrate to him as well. The angels prostrated to Adam in obedience to Allah, because angels do not disobey Allah. However, Iblis did not obey, and he objected to the order of Allah. He said, “You created me out of fire, and You created him out of clay. How do You order me to prostrate to him?” So this objection byIblis to the order of Allah was the first blasphemy he committed.

3- On his journey, the Prophet ﷺ smelled a very nice odor. He asked Jibril about this pleasant scent and Jibril informed him this good smell was coming from the grave of the woman whose duty used to be to comb Pharaoh’s daughter’s hair. This woman was a good, pious believer. One day, as she was combing Pharaoh’s daughter’s hair, the comb fell from her hand. At this she said, “”Bismillah. “Pharaoh’s daughter asked her, “Do you have a god other than my father?” The woman said, “Yes. My Lord and the Lord of your father is Allah.” Pharaoh’s daughter told her father what had happened. Pharaoh demanded this woman blaspheme and leave Islam, but she refused. At that, Pharaoh threatened to kill her children. He brought a great pot of water and built a great fire under it. When the water boiled, Pharaoh brought her children and started to drop them into that pot one after the other. Throughout all this, the woman remained steadfast to Islam, even when Pharaoh reached her youngest child–a little boy still breast feeding–but she felt pity for him. At that, Allah enabled this child to speak. He said to his mother, “O Mother, be patient. The torture of the Hereafter is far more severe than the torture of this life, and do not be reluctant, because you are right.” At this the woman requested Pharaoh collect her bones and the bones of her children and bury them in the same grave. Pharaoh promised her that–then dropped her into that boiling water. She died as a martyr. The good odor the Prophet smelled coming from her grave is an indication of her high status.

4- During his trip, the Prophet ﷺ saw people who were planting and reaping in two days. Jibril told the Prophet, “These were the people who fight for the sake of Allah (mujahidun). “).”

5- The Prophet ﷺ also saw people whose lips and tongues were clipped with scissors made of fire. Jibril told the Prophet, “These are the speakers of sedition (fitna) who call people to misguidance.”

6- He also saw a bull which exited a very small outlet, then was trying in vain to return through that small outlet. Jibril told the Prophet, “This is the example of the bad word–once spoken, it cannot be returned.”

7- The Prophet ﷺ saw people grazing like animals, with very little clothing on their private parts. Jibril told the Prophet, “These are the ones who refused to pay zakat. “.”

8- The Prophet ﷺ saw angels smashing some people’s heads with rocks. These heads would return to the shape they had been, and then the angels would smash their heads again–and so on. Jibril told the Prophet, “These are the ones whose heads felt too heavy to perform prayer–the ones who used to sleep without praying.”

9- On his journey the Prophet ﷺ saw people who were competing to eat some rotten meat–ignoring meat that was sliced and unspoiled. Jibril told the Prophet, “These are people from your nation who leave out that which is permissible (halal), and consume that which is forbidden ((haram). “This reference was to the fornicators, that is, the ones who left out the permissible (marriage) and committed sins (fornication).

11- The Prophet ﷺ saw people scratching their faces and chests with brass finger nails. Jibril said, “These are the examples of those who commit gossip ((ghibah). “).” 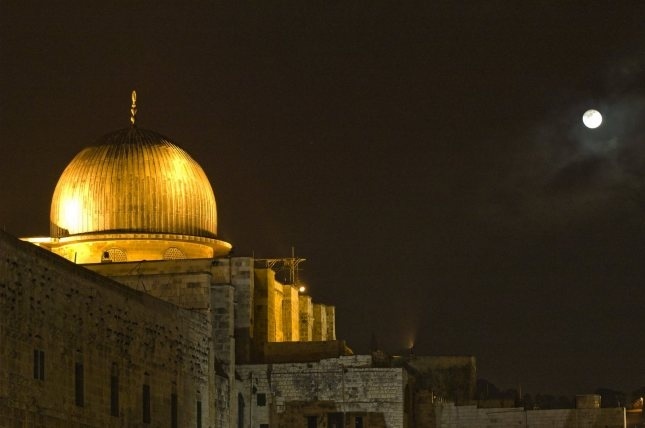 Reported by Abu Hurairah (RA): The Messenger of Allah (peace be upon him) said: “Allah gets pleased with you for three things and hates three things: He is pleased when He is worshipped alone without partners. And that you all unite in sticking to His Rope and not be divided. And He hates saying: ‘this said and that said’, and hates inquisitiveness and waste wealth.”